The Rakaia Gorge is a spectacular natural feature formed over thousands of years by the river and glacial activity. Erosion has formed into magnificent vertical cliffs exposing rhyolite rocks, pitchstone and agglomerate dating from the Cretaceous period more than a hundred million years ago.

On the river terraces occur dense kowhai stands with broadleaf, kohuhu, cabbage trees, and montane species like coprosmas and native jasmine together with lancewood, mountain five-finger and New Zealand flax. There is a rich understory of shrubs, climbers, ferns and herbs such as wineberry together with ferns and grasses.


The forest is one of the few remnants of a lower montane forest of Canterbury and is rated as significant. The are several rare plants and species that grow here at their upper altitude limit. 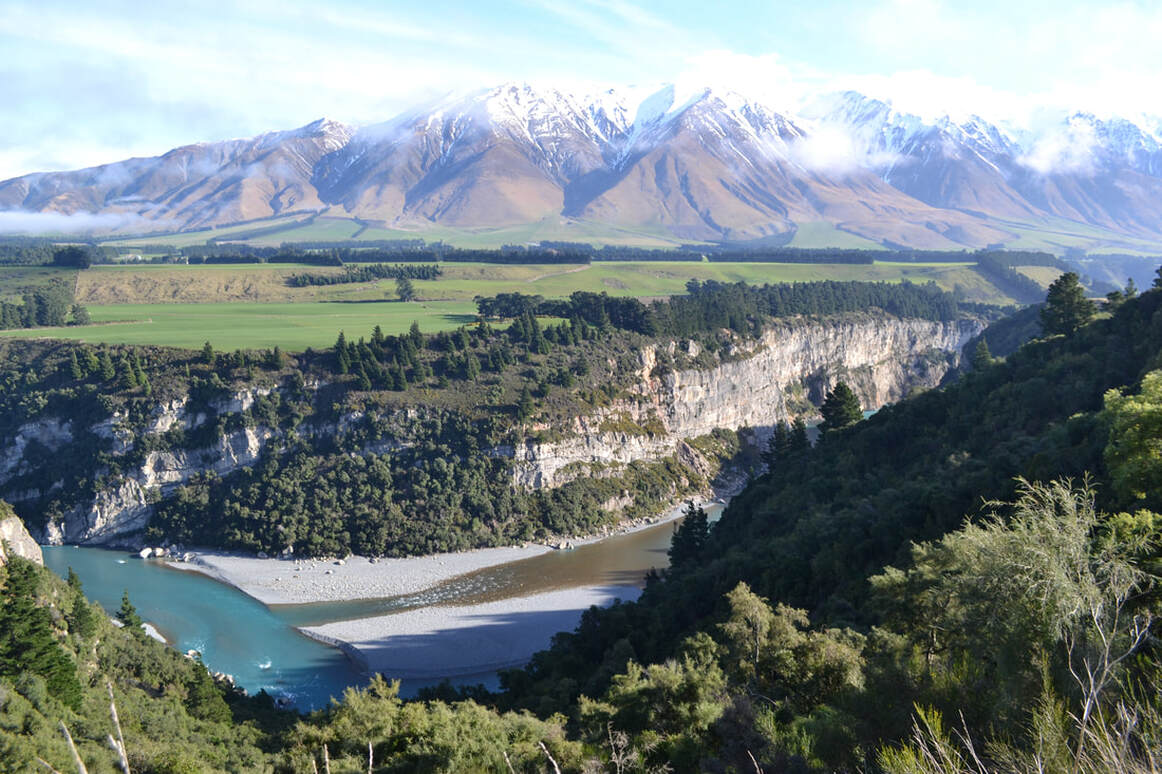